Well I went to see the neurosurgeon in Stoke on Trent on Wednesday and to sum up it’s not particularly good news. He took one look at the scans and was quite clear he didn’t think it was a DNET. Now we can just look back with nostalgia at the good old days when I thought I had such a such a low risk tumour.

The surgeon thinks it’s very likely that I have a “low-grade glioma”. Unless you’re in a morbid mood, I wouldn’t recommend googling this. DNET is still a possibility as are some other less nasty tumours. Whatever the longer term prognosis it’s likely to start with a tough year as the recovery from brain surgery is, for most people, quite lengthly.
The next step is to wait for a more detailed MRI and MR Spectroscopy so they can better diagnose the type of tumour and also so the surgeon can plan surgery. It’s quite clever really, the detail of the imaging they have available means they can very accurately plan out exactly what will happen in the surgery, compared with the old days when they pretty much opened you up and had a look. One of the scenarios is that I will have conscious surgery which sounds both scary and interesting, this would involve staying awake during surgery so that the surgeon can keep monitoring my brain function and make sure she doesn’t bop into anything too crucial.
Timescales: my case will be reviewed at an MDT (multi-disciplinary team) meeting on Wednesday. I should be able to speak to the specialist nurse on Thursday. The MRI and consultation with my new surgeon who specialises in gliomas is likely to be in 6-8 weeks and the surgery likely to 1-2 weeks after that. I’m hoping to get more information from the nurse on Thursday.
So to finish I can think of a list of positive things 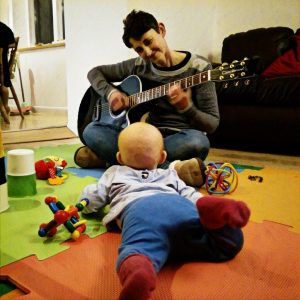